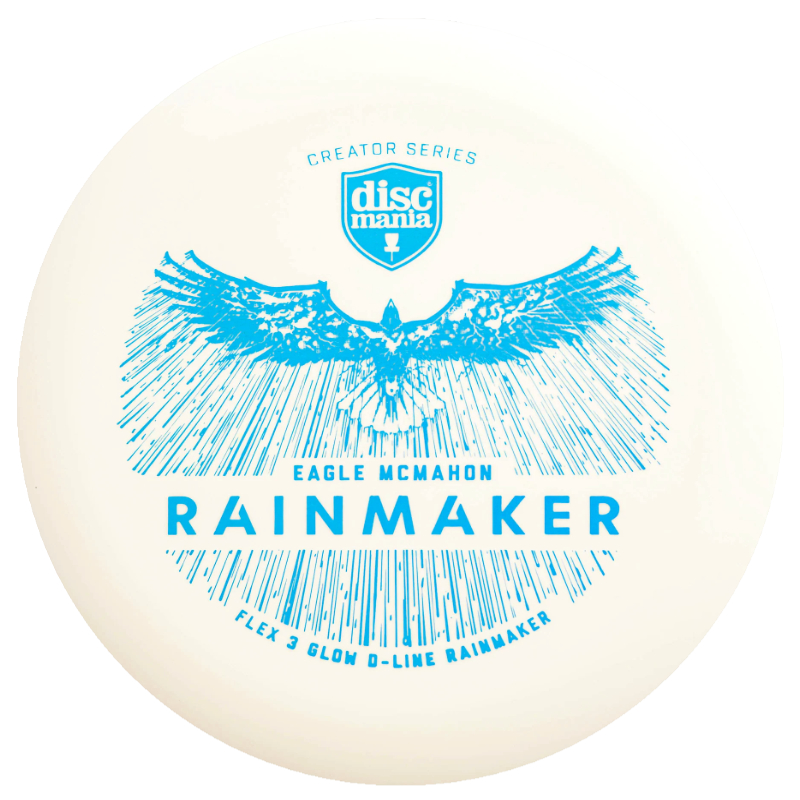 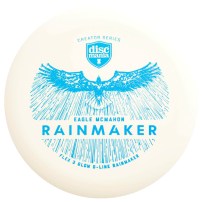 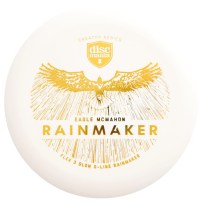 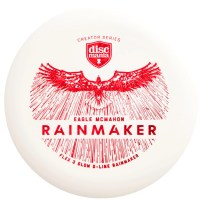 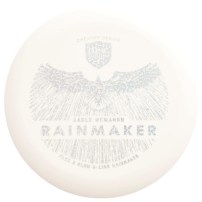 The Rainmaker is a putter designed by none other than Eagle McMahon, one of the most deadliest players on the putting green. Eagle got the opportunity to design a disc of his dreams and he used it well, by designing the world's best putting putter. The Rainmaker is a slightly lower profile, straighter and beveled version of a P2.

“What makes the Rainmaker special to me is the fact I was heavily involved in the design process. The Rainmaker represents everything I want in a putter. I will primarily use it for putting, but the shape of the disc also makes it an incredible point and shoot throwing putter with great glide.”
-Eagle McMahon

This release of the Rainmaker features our Flex 3 Glow D-line plastic. It's the stiffest plastic we offer on putters, reminiscent of the Stiff P-line plastic we had in our line up in the past. To make the deal even sweeter, these discs glow in the dark. Many have pointed out that the feel on these discs is very similar to the first iteration of Eagle's Signature Series Imperial Eagle, which came ins Stiff Glow P-line material and have become a very sought-after item, as players like Kyle Klein and Eagle himself have become avid users of those discs.

The Rainmaker is a Creator Series mold, meaning it's reserved exclusively for Eagle McMahon releases.